How To Change Language In Genshin Impact

Languages are the most important things when it comes to gaming, without your native or… 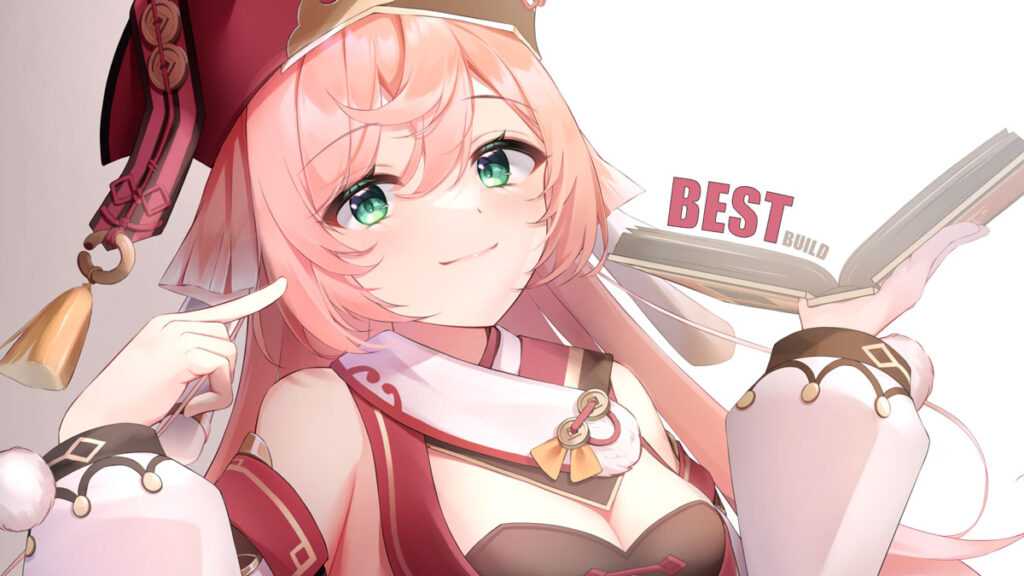 Yanfei is a Pyro catalyst user that excels in dealing damage while applying Pyro constantly. Her kit allows her to apply Pyro from any of her attacks, which can trigger reactions very effectively and boost her overall damage.

While Yanfei does not have the highest attack as a DPS, placing her in the right comp to fully utilize her Pyro application can make her a strong damage dealer. This is why it is important to gear her properly and place her in the right comp. Here you can learn how to optimize her build to reach her peak performance!

Yanfei shoots up to three fireballs that deal Pyro damage. For each one of those attacks that hit enemies, Yanfei gains a stack of “Scarlet Seal”. Holding the skill will deal AOE Pyro damage and consume stamina and all Scarlet Seal stacks. For each Scarlet Seal stack, Yanfei’s stamina consumption is decreased by 15%, and her charged attack’s damage increases.

Yanfei’s damage revolves around her charged attack. It is important to consume her Scarlet Seal stacks before using other skills to maximize her damage. Thus it is recommended to use charged attacks before any skill. Since this skill is her main source of damage, it takes the highest priority in leveling up.

Yanfei shoots flames on enemies that deals AOE Pyro damage and grant Yanfei the maximum number of Scarlet Seals. This skill is fairly simple, and it can be used to fully charge Scarlet Seal and generate particles. However, it does not deal much damage, and leveling it up is not that essential. Thus, it takes the least priority in leveling up.

Yanfei deals AOE Pyro damage around her and fully charges her Scarlet Seals stacks. Moreover, it grants her “Brilliance status”, which increases her charged attack’s damage while granting her one Scarlet Seal per second.

Lost Prayer to the Sacred Winds

Skyward Atlas is a great alternative that is more consistent. While Lost Prayer to the Sacred Winds deals the most damage at the end, Skyward Atlas deals consistent damage throughout the rotation. This is especially important if the rotation is fairly short. The 33.1% attack along with 12-24% elemental damage bonus will massively boost Yanfei’s damage.

For catalysts, The Widsith is one of the best weapons due to its global use and being compatible with most of its users. For R5 Widsith, it can even compete with five-star weapons in its maximum damage. However, it lacks a bit of consistency since there are three different buffs that are given separately at random.

In terms of artifacts, the focus is to boost Yanfei’s charged attacks as much as possible. This is why 4-piece Shimenawa’s Reminiscence set is perfect for her. While the 15 energy loss is not ideal, the tradeoff of 50% damage increase to charged attacks is more than worth the trade. Not only that, the 18% attack is also very beneficial.

As for an alternative, Crimson Witch of Flames is a great alternative due to its Pyro damage boost. The 2-piece effect, which increases Pyro damage bonus by 15%, can be increased by 50% for 10 seconds, and this effect stacks up to three times. If Yanfei is placed in a reaction team, the 15% increase to melt and vaporize damage can be useful as well. This set can outperform Shimenawa’s Reminiscence only in specific team comps that depend on elemental reactions.

As for substats, getting Yanfei’s attack as high as possible is important. Meanwhile, crit rate and crit damage are also essential, so it is important to balance those three out. Elemental mastery is good only in the reaction teams, and energy recharge is good but not essential.

Yanfei is an amazing Pyro applier, since she can apply it through normal, charged attacks, Elemental Skill and Burst. This allows her to apply an elemental reaction with any attack from her kit. As a Pyro DPS, she can either trigger Melt or Vaporize, which grants a damage multiplier. The other two slots can be filled with a shielder/healer along with a swirl user or a buffer.

Yelan and Xingqiu are one of the best supports for Yanfei. Due to their Hydro application after normal attacks, they can constantly trigger Vaporize reaction while boosting the overall damage. If the comp has another shielder/healer, Yelan is more recommended since she deals more damage, while Xingqiu offers damage reduction and interruption resistance.

Diona is the best choice for a Melt comp for Yanfei since she applies Cryo while shielding and healing. Not only that but using her with weapons such as Elegy can be a great pair for boosting Yanfei’s damage. One thing to note is that her Cryo application is limited, so it’s best to bring a swirl user for extra Cryo applications.

Swirl users are always beneficial for element applications, especially that Yanfei can apply Pyro constantly. Using them along with Hydro or Cryo can boost Yanfei’s damage through Vaporize and Melt reactions. Not only that, their elemental mastery can give extra push to those reactions. Finally, their grouping mechanism can make sure that grouped enemies are all damaged by her charged attack.

Pairing Ayaka with Yanfei will use them both as damage dealers while the other two in the comp as their supports. Ayaka will be the main damage dealer, while Yanfei will deal damage and apply Pyro while Ayaka’s Burst is on the field. Ayaka’s Burst can apply Cryo consecutively, which replaces the Cryo and swirl user slots, giving your time more flexibility in the last two spots.

Bennet can is great in healing and buffing attacks of characters in his field. He can be used as a great support for Yanfei since she needs as much attack as possible. Not only that, for the players with C6 Bennett, Yanfei benefits from the 15% Pyro bonus, making them a wonderful pair.

Mona is another character that applies Hydro to enemies for Vaporize reaction, but what makes her unique is the extra damage dealt she applies on enemies from her Burst. This paired with her taunt can increase the damage output all while keeping Yanfei safe from taunted enemies.

The fourth constellation is perfect for freeing a spot in the team comp, since she won’t need a shielder. Yelan works better with C4 Yanfei, which can improve her damage significantly while being protected.

While Yanfei does not have the highest attack for a Pyro character, her constant Pyro application along with her strong charged attacks make up for it. Not only that, she can protect herself through the fourth constellation while her charged attacks do not consume as much stamina.

Overall, Yanfei is a great Pyro DPS that requires some investment to truly shine. Since her damage mainly relies on her normal attacks and charged attacks, her damage is very consistent and reliable. This makes her a great character to have especially for newer players or mid stages of the game.