Minecraft is one of the most popular games on the globe today. This shouldn’t be… 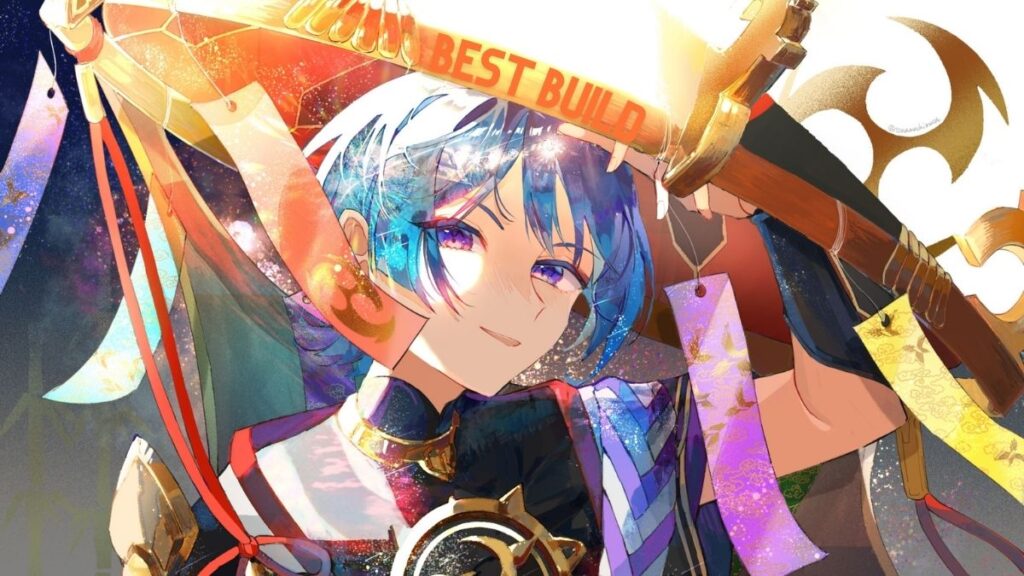 Wanderer is an Anemo catalyst who excels as a main DPS using his normal and charged attacks. He can deal both DPS and burst damage, all while floating, which keeps him fairly safe from enemies in comparison to other DPSs. Wanderer has a unique playstyle, as he is the first character to be able to float while fighting.

Wanderer’s kit is fairly different from other characters, and his damage significantly drops if his combo is not played properly, such as wasting Kuugoryoku Points or using the Elemental Burst after the Skill. Thus, it is important to understand his kit to maximize his damage output. Here you can learn how to optimize his build to reach his peak performance!

Wanderer attacks up to three times dealing Anemo damage. Holding the attack will consume stamina and cast an AOE Anemo attack. Most builds and comps depend on his other skills, making this skill the least priority in leveling up.

Wanderer creates a vacuum and kicks it on enemies, dealing AOE Anemo damage. Casting this skill while the Windfavored state is on Wanderer will end it. Thus, it is important to use it only at the end of Windfavored status or while it is on cooldown.

If the AOE Anemo damage from activating the Elemental Skill interacts with Hydro, Pyro, Cryo or Electro, Wanderer gains the following buffs while Windflavored is active from the same Elemental Skill activation:

During Windfavored state if Wander hits an enemy with Kuugo: Fushoudan or Kuugo: Toufukai, there is a 16% chance to gain Descent buff. If it does not, the next Fushoudan or Toufukai will have an increased 12% chance to gain that buff, and this effect can stack. Gaining the Descent state will reset the chance to 16%.

If the Wanderer dashes while floating through the Windfavored state and has Descent state, the dash does not consume Kuugoryoku Points and fires four arrows that deal Anemo damage that scales with 35% of his attack.

Tulay­tullah’s Remem­brance is currently the best weapon on Wanderer as it is tailored to his kit. Other than the 44.1% crit damage from its second stat, it provides 10-20% normal attack speed. Moreover, activating the Elemental Skill increases normal attack damage by 4.8-9.6% every second for 14 seconds. Moreover, when normal attacks hit enemies, it increases damage by 9.6-19.2%, which can stack up to 48-96% total.

Kagura’s Verity is a great alternative due to its high base damage and crit damage buff of 66.2% from its second stat, which is higher than Tulay­tullah’s Remem­brance. However, its passive is underutilized as it is almost impossible to fully achieve three stacks efficiently before they expire.

Dodoco Tales is the best F2P weapon on Wanderer, as it offers great attack and charged attack damage boost through its passive. Not only that, its second stat increases his attack by 55.1%. While Widsith is great on him as well, it does not have the damage consistency of Dodoco Tales.

In terms of Artifacts, there are two sets that work on him for the time being. The first set is Desert Pavilion Chronicle, and it is currently the best artifact set as it is designed around Wanderer’s kit. Other than the 15% Anemo damage bonus, hitting an opponent with a charged attack increases normal, charged, and plunging attacks’ damage by 40% and normal attack speed by 10% for 15 seconds. As Wanderer’s main damage comes from his normal and charged attacks, his set suits him perfectly.

Meanwhile, a second set that works well with him is Viridescent Venerer, as it also provides a 15% Anemo damage bonus. It also increases Swirl damage by 60% and reduces the Elemental resistance of the element swirled by 40% for 10 seconds. However, this set only works on reaction teams and requires a good amount of elemental mastery to work properly.

A third option is mixing and matching between two pieces of Anemo damage bonus and two pieces of 18% attack bonus, such as Gladiator’s Finale. As for substats, the main focus is atk%, crit rate, and crit damage. His Burst’s cost is fairly average so he does not require much energy recharge. However, elemental mastery is important if used in a reaction team.

When it comes to team comps, Wanderer has two playstyles and his teammates depend on which one. Wanderer can be used in an Anemo DPS comp or an elemental reaction comp. As an Anemo DPS, his team comp revolves around him using normal and charged attacks while his teammates buff and shield him. In this comp, Faruzan is extremely beneficial as she increases his damage potential significantly while activating Anemo resonance and generating particles for him.

Meanwhile, in a reaction team, Wanderer will still use his normal and charged attacks, but his teammates will apply elements either off-field or through her normal attacks. This comp can include Vaporize, Electro taser, Permafreeze, or Hyperbloom. The last spot can go to a shielder or a second Anemo user for resonance and particle generation.

Faruzan is one of the best supports, if not the best support, for Wanderer. This is due to her Burst increasing his Anemo damage and reducing the Anemo resistance of enemies. Not only that, her sixth constellation increases Anemo crit damage by 40%, making her an amazing pair with any Anemo DPS, which includes Wanderer.

Yelan and Xingqiu are amazing supports for Wanderer’s reaction team, as they can be used in many reactions. Whether in Vaporize, Hyperbloom, Taser, or Permafreeze comp, their Hydro application is extremely strong and frequent that they can be considered almost essential in those teams. In choosing between them, Yelan is stronger in dealing more damage, while Xingqiu is better in terms of utility and defense.

In a Wanderer reaction team, Beidou and Fischl are amazing Electro appliers as they apply Electro while being off-field while Wanderer deals damage on-field. There is a tradeoff between Beidou and Fischl, where Beidou provides a shield through her Burst, while Fischl’s overall damage is higher.

Xiangling is a great sub-DPS for Wanderer, as her Burst deals massive damage around Wanderer. Especially if she is paired with Yelan or Xingqiu, the three of them can create a wonderful reaction team. An interesting interaction is that while Wanderer is floating, Xiangling’s Burst remains on floor level, which makes her Burst synergize well with his Elemental Skill. Meanwhile, Guoba can provide an attack boost when he expires as well.

As Wanderer’s damage scales a lot with his attack, Bennett’s Burst can be a wonderful support as it increases both Wanderer’s attack and health. Moreover, The Pyro application can be beneficial in a reaction team. However, his Burst restricts Wanderer’s movement as Bennett’s attack buff only applies while Wanderer is inside it.

Wanderer falls within the squishy characters as he is easier to kill. Thus, a decent shielder is recommended to keep him attacking without interruption while staying healthy. Zhongli provides the benefit of resistance shred through his kit, while his shield is stronger than Diona. However, Diona can heal through her Burst, 20% crit rate through Wanderer’s passive and elemental mastery if she is C6.

The second constellation is a strong damage boost for his Burst. With proper build, a second or third constellation Wanderer can one-shot many bosses in this game. Meanwhile, the fourth constellation is incredibly strong, as it grants him multiple buffs that can increase his overall damage. However, that constellation only works properly if his team was organized to maximize its potential. This can be done by having four characters of different elements in one team.

As a DPS, Wanderer is a solid unit that can deal both DPS and burst damage from his Elemental Skill and Burst, respectively. If built properly, he can compete with the strongest characters in the game. However, he requires plenty of investment to reach his true potential.

Overall, Wanderer is a great character to have, whether it is due to his high damage, interesting kit, or his benefits in exploration. He is a well-rounded unit in terms of use and can be flexible in many situations. He will require some investment, but his damage for sure pays off.