The oldest daughter of the Kamisato Clan, Kamisato Ayaka is a Cryo sword user that… 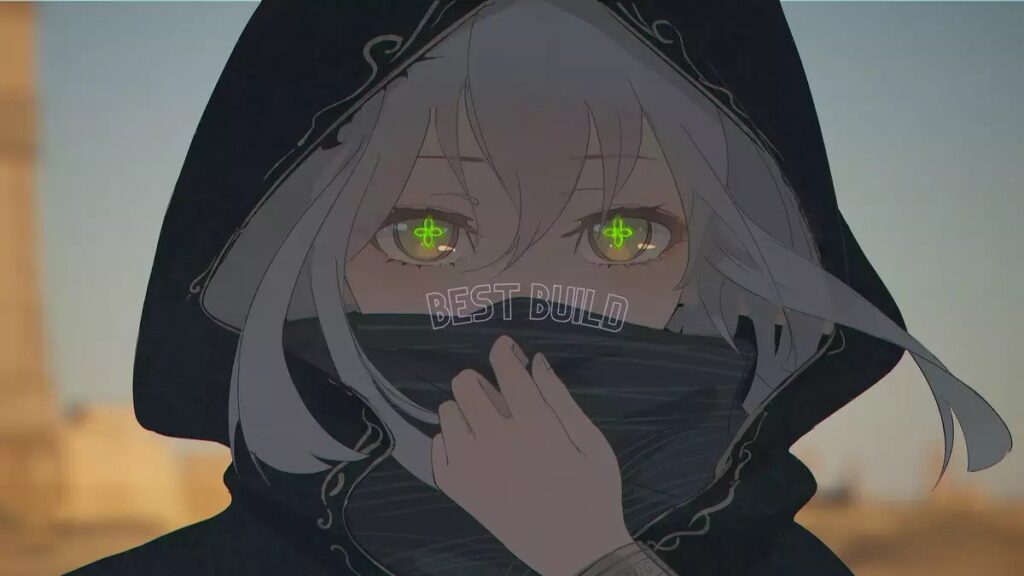 Nahida is a Dendro catalyst user who is extremely versatile due to her supportive and damage-dealing capabilities. The Dendro archon works wonders in reaction teams due to the strength of Dendro’s reactions, all while having high personal damage on her own.

While Nahida is one of the stronger units, she has a complex kit in comparison to other characters. Her strength lies in building her correctly while setting up her reactions properly. This is why it is essential to build her properly in order to maximize her damage and supportive capabilities. Here you can learn how to optimize her build to reach her peak performance!

Nahida performs up to four attacks that deal Dendro damage. Holding will consume stamina and deal AOE Dendro damage. Typically, Nahida is played as sub-DPS or support. However, she can be used as a main DPS through her normal attacks and Dendro applications. In that case, this skill takes the highest priority in leveling up.

Otherwise, Nahida’s kit and using her as sub-DPS or support depend on other skills more than her normal attack, making this the least priority to level up.

Elemental Skill: All Schemes to Know

Aiming Mode can last up to five seconds and can mark up to eight enemies. During Aiming Mode, Nahida’s resistance to interruption is increased. Enemies with the Seed of Skandha mark are connected to each other within a certain range. If those enemies are damaged through an elemental reaction or from a Dendro core, Nahida will deal Dendro damage to those enemies through Tri-Karma Purification that scales on her attack and elemental mastery (2.5-second cooldown).

Typically, it is recommended to hold the skill since the difference in cooldown is just one second. Meanwhile, holding gives the benefit of the range and selecting enemies you want to link together. Seed of Skandha mark has a limited range, so it’s better to link enemies that are nearby.

One nice feature is that while in Aiming Mode, you can collect harvestable items from distance, making collecting materials for characters easier. This Skill is the main source of damage for sub-DPS and support Nahida, making it the highest priority in leveling up.

Nahida creates a Shrine of Maya field that grants effects based on the elements of her party members:

A Thousand Floating Dreams is currently the best weapon for Nahida. Not only it gives 265 elemental mastery, which is one of the highest in the game, but also it buffs her allies. If an ally matches the same element as the weapon user, it increases the elemental mastery by 32. If not, it gives a 10% elemental damage bonus for the other element. This effect can stack up to 3 times. All those bonuses benefit Nahida both as damage and supportive capabilities.

The F2P option, Sacrificial Fragments is a good alternative to support Nahida due to the high elemental mastery from its secondary passive, along with the 80% chance to reset her Elemental Skill if it damages an opponent at the fifth refinement. As a four-star weapon, it’s secondary stat is not that far from a limited five-star weapon while being relatively easier to reach the fifth refinement.

In terms of artifacts, there are two builds that work well with Nahida. The first build is the best one and more general, where it uses the Deepwood Memories set. This is due to the 15% Dendro damage bonus and 30% Dendro resistance to enemies affected by her Elemental Burst and Skill.

For the second build, it is best to use the Gilded Dreams set to support Nahida, which will grant her attack and elemental mastery based on her party members’ elements. The increase in elemental mastery will help her allies through her passive and her damage through increased attacks and reaction damage.

Nahida can be played as a DPS, sub-DPS or a support. Her team comp revolves around what role she is playing and can be more flexible depending on the type of enemies she is facing. As a Dendro character, her reactions are limited to Electro, Hydro, and Pyro. However, Electro and Hydro are significantly stronger in comparison to Pyro in the current meta.

In the team comp, it consists of Nahida and a second element applier. The third spot can be a second Dendro support with the Gilded Dreams set if Nahida is the main DPS. Another option is having an Electro and Hydro appliers. The final spot can be used for extra supporting capabilities of healing or crowd control.

Nilou and Nahida are one of the strongest combos in the game right now. This is due to the high frequency of applying Hydro from Nilou while Nahida provides the Dendro application. The increase of elemental mastery from Nahida to both characters creates a strong reaction team. Due to that, this combination is one of the most used in Abyss.

Both Yae and Fischl are amazing Electro appliers due to their Electro application even off-field. With Nahida, they can apply both Catalyze and Aggravate, which increase Electro damage, generate particles and deal massive damage. Moreover, Yae has a high Burst cost, and those particles can be extremely beneficial.

Both Yelan and Xingqiu are amazing Hydro appliers, especially for DPS Nahida since they will apply Dendro through Nahida’s normal attacks and Hydro from their Bursts. Not only that, as a bow user, Yelan has a variety of options to give supportive capabilities through her weapon or deal damage as a sub-DPS.

Kokomi is a great defensive alternative to Nilou, where she can apply Hydro constantly through her kit while healing her allies. While her damage is not as high as Nilou, she can still do decent damage through ocean-hued artifact set. Finally, since she applies Hydro and heals, it leaves an open spot for another support or sub-DPS to increase the overall damage.

Raiden Shogun and Cyno are great DPS options for support Nahida. The increase in damage through reaction and Electro damage bonus from Catalyze reaction can turn Raiden and Cyno into amazing damage dealers. An added bonus is adding a Hydro user to utilize a Taser Aggravate team making a great overall combination.

Overall, Nahida is an overpowered unit without any constellation. She is one of the best supports as is. However, her damage output can become insane through her constellations. Moreover, every constellation she has is extremely beneficial.

As an Archon, Nahida delivers when it comes to being an amazing unit, where she does wonders in terms of supportive capabilities all while having high personal damage. Not to mention, she is an extremely versatile character that can fit in different team comps.

Currently, Nahida is one of the best characters to have in Genshin. While her kit falls on the complex side, she does great for both new and veteran players. Given all of that, it is no wonder she is one of the highest character usages in the abyss.