How To Increase FPS In Valorant 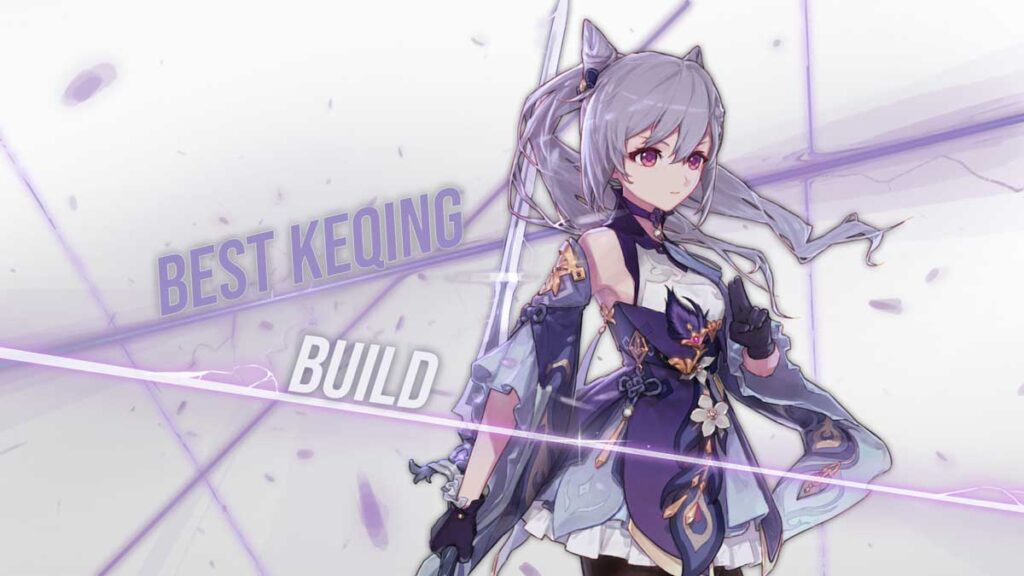 One of the first five stars and a non-limited character, Keqing is an Electro sword user who is beginner friendly and can deal a lot of damage. Not only that, she can be build as an Electro or Physical damage DPS depending on which stage in the game you are in.

While Keqing is below average in terms of damage, her Physical build deals moderate damage. Moreover, she is very beginner-friendly compared to other characters, since her ascension material is easier to obtain. Overall, she is a great start for new players, and veteran players can still use her since her constellations are generally easier to obtain.

Keqing attacks up to five times, and when holding, Keqing attacks twice rapidly and consumes stamina. This is the main source of damage from Keqing whether u build her as Physical damage or Electro damage.

In the Physical build, the damage will mainly come from the hold attacks. Meanwhile, in the Electro build, the sword will be infused by Electro, which will be the main Electro damage. Thus, this skill is the highest priority in leveling up.

Keqing throws a Stiletto that deals Electro damage in a small AOE that remains on the field. Holding this skill can be used to aim where the Stiletto is placed.  While it is on the field, it will be consumed and give a bonus effect if the following is used:

The damage dealt by recasting or charged attacks are almost identical, so the only difference is the blink. While this skill is very useful, most of Keqing’s damage revolves around her normal attack and Burst. Thus, this is the least priority skill in leveling up.

The best weapon for Electro Keqing. It provides her with high crit damage and 12% elemental damage bonus. Moreover, attacks charge it with stacks which give up to 28% and 56% elemental damage bonus at R1 and R5 respectively. Not only that it gives a boost to the Elemental Skill and Burst, the Electro infusion greatly benefits from those buffs making her an all rounder.

For Physical Keqing, Primordial jade cutter is an amazing weapon due to its high crit rate%, which will get you to almost guaranteed crits if Keqing is built properly. Moreover, due to its passive, it adds an additional attack based on Keqing’s maximum HP.

The F2P option, Iron sting is more suited for Electro Keqing since it provides elemental mastery for reactions, along with a boost in damage from its passive. It can provide up to 12% damage, which can be stacked twice.

Keqing can use two different sets depending on whether she goes Physical or Electro. For her Physical build, she will use two pieces of Pale flame and two pieces of Bloodstained chivalry to get 50% bonus physical damage. As for Electro, she uses two pieces of Thundering fury and two pieces of Gladiator’s finale. Unfortunately, there isn’t a 4 piece set that works well for her.

In terms of team comp, Keqing requires teammates that can give her crit rate and damage for her Physical build. Having a Cryo user as well can reduce the Physical resistance due to superconduct reaction. As for her Electro build, Pyro can do great as well as Hydro to perform multiple reactions. Moreover, an Anemo user will be useful to gather and add a swirl effect.

Zhongli is a great pair to Keqing due to his shield that protects her and reduces interruption chances. Moreover, Zhongli’s shield shreds elemental and physical resistance for extra damage.

Rosaria can work with Physical Keqing greatly, while being moderate with Electro Keqing. Her Elemental Burst provides other characters with 15% of Rosaria’s crit rate. Moreover, her sixth constellation allows her Burst to reduce enemies’ physical resistance by 20%.

Using Anemo supports such as Kazuha can be helpful to ensure most enemies receive the damage. Their Elemental Burst can gather enemies in the center where Keqing will be dealing her damage. Moreover, for Electro Keqing, absorbing another element can assist in dealing multiple instances of elemental reactions.

Xiangling synergizes well with Electro Keqing due to their elemental reactions. Pairing their Elemental Burst creates a circle of doom that can deal massive damage. Moreover, Guoba can provide extra Pyro application along with damage boost.

Sara can boost active members attack by using her Elemental Skill or Elemental Burst. This comes along with an energy restore when enemies are hit with the delayed damage of her Elemental Skill. Moreover, at C6, the attack boost is coupled with a 60% crit damage to their Electro damage.

Mona is a great support for Electro Keqing in taser team. This is mainly to her ability to Taunt enemies while constantly applying Wet status on them. Spreading the Elecro-Hydro reaction can deal massive damage while keeping enemies busy with her Taunt.

In terms of constellations, Keqing is not as hard to achieve higher constellation as other five stars. This comes from the fact that she is a non-limited five star and can show up in either standard wishes or by losing the 50-50.

While Keqing does not match other five star characters in terms of damage, she does not require as much investment and is more beginner friendly since her ascension material and leveling up is relatively easier.

Overall, Keqing is nice to have due to her flexibility and being an all-rounder. Her Elemental Skill can be useful in reaching far spots and higher places, and her damage is not too bad that she is still usable even in end game content due to her Physical build.