Razer introduced a new keyboard at its higher-end, the Razer Huntsman V2 Analog ($190 with… 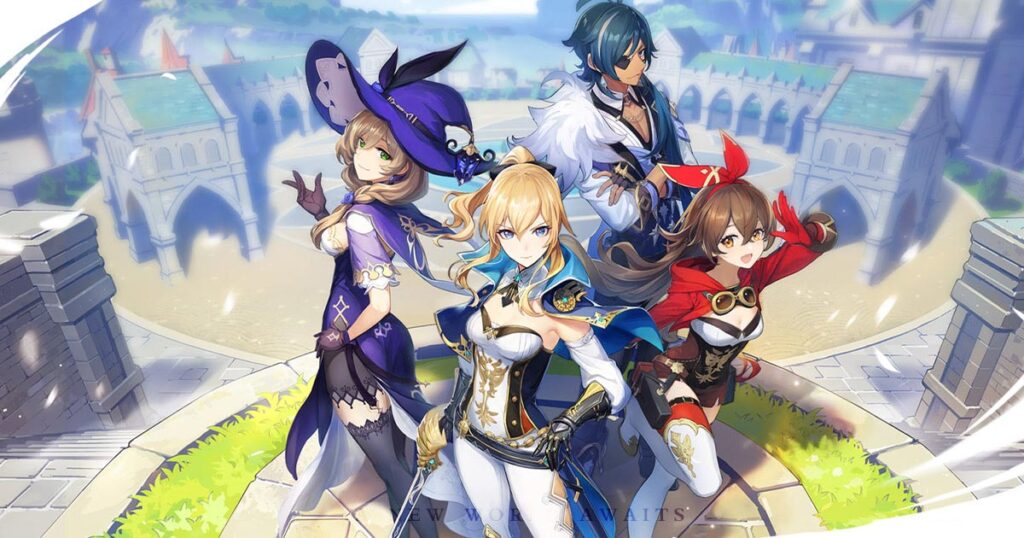 As a gacha game, Genshin Impact has been doing exceptionally well in managing its power creep, in which newly released characters do not overshadow older characters. Nonetheless, there are still characters that perform better overall than their peers.

In terms of what makes a character “the best,” we judged based on how useful that character is overall along with how powerful they are.

The first limited character and the Anemo archon. Some might argue that Venti is the best support in the game, and that might as well be true. That is due to his amazing capabilities as a supporting character especially gathering smaller enemies while regenerating elemental particles.

Unlike Kazuha, Venti regenerates 15 particles from his burst while both Kazuha and Venti require 60 particles for the burst. This allows Venti to spam his burst faster than Kazuha which makes him deal more consistent damage.

Not only that his burst gathers them, it also deals tons of damage due to the swirl effect and the element it absorbs. Teaming him up with bennet and a cryo user such as Ayaka enables multiple instances of melt reaction, which deals

double the damage to the enemies. This allows Venti to be one of the best supports for higher levels and abyss when enemies can be pulled.

As for his elemental skill, it’s a quick cast skill that can generate particles to spam his burst even more. Moreover, it can be cast to give you a jump, which can be used for exploration or dodging an attack.

Overall, Venti can fit in a variety of team comps due to his artifact set, Viridescent Venerer, which increases swirl damage and reduce enemies’ resistance to the element absorbed by Venti’s burst.

Moreover, he is flexible with his weapon where he can use different F2P weapons such as Windblume Ode or Stringless. However, his damage potential improves significantly with Skyward Harp for those who managed to pull it from standard wishes.

Kazuha has shown great potential in how flexible he is in every situation. From dealing high damage to strong support capabilities through swirl reaction and flexibility in exploration. His elemental skill works as a double jump, which can be helpful during exploration.

Kazuha can boost his teammates’ elemental damage through double swirl, in which he can absorb two elements through his elemental skill and plunge attack. This skill also gathers smaller enemies, allowing to collect them in a smaller area and apply the double swirl to quickly burst them.

Kazuha’s burst deals an AOE damage that can also swirl elemental damage. This swirl effect can be paired with other teammates to deal massive damage through elemental reactions such as melt.

One of the best parts about Kazuha is that he can do all of that while being F2P friendly. That is mainly because he does not require constellation to unlock his true potential, nor does he need a gacha weapon. He can do pretty well using Iron sting, a craftable weapon.

The Geo archon and the ultimate shielder. Zhongli is well known throughout the community to be the strongest shielder in the game. His shield power will make your team almost invincible if built correctly.

His elemental skill gives a shield to all team members and releases a pillar that both deals Geo damage and absorbs Geo energy from his enemies. Moreover, this shield reduces the chances of interruptions from enemy attacks, which can be extremely beneficial in setting up combos or aiming arrow shots.

Moreover, this shield duration is longer than the skill’s cooldown, effectively giving you infinite shield unless broken. Also, his pillars can be helpful in exploration when

placed as a stepping stone. His elemental burst deals massive AOE damage and petrifies his enemies up to 4 seconds.

Along with its high damage, his burst has a low cost relative to other characters. Moreover, it gives further time for you to setup your next combo while the enemy is petrified.

Zhongli can work in almost every scenario due to the strength of his shield and his max HP scaling. Both Zhongli’s shield and his attacks including the burst scale of his max HP. This allows you to have a very tanky support that also deals damage. It also allows you to use all the HP% artifacts that cannot be used on your damaged dealers.

While Staff of Homa is undeniably the best weapon on Zhongli, there are plenty of F2P options that can work with him that allows him to perform well without needing Staff of Homa.

Ayaka is considered one of the strongest damage dealers in the game due to her simple kit yet consistent and powerful attacks. Most of her damage revolves around her elemental burst, where she shoots a cryo projectile that can hit up to 20 times with strong attack scaling.

After the duration of the projectile, it explodes to deal even more damage to its enemies, making Ayaka one of the top picks for abyss. Currently, Ayaka is the most used character in the game for the highest floor in abyss. This is due to her burst damage along with its interactions with other supports such as Venti.

to generate particles to reuse the burst. Another damage source is her charged attack, which can be used during her burst to deal maximum damage and burst enemies as quickly as possible.

Moreover, Ayaka has a skill where she dives underground, which allows for faster movement and help during exploration. This skill can also be used during battle to apply cryo to enemies when she resurfaces again.

One of the strongest damage dealers of the game with her high attack stats. Eula excels in dealing massive physical damage from her normal attacks and her elemental burst. Not only that, but she has higher attack speed than typical claymore wielders which adds more to her damage.

Dealing phyical damage allows her to be more universal against enemies and more general to use. Not only that, but her elemental skill allows her to apply cryo. This allows her to pair with other electro characters to perform superconduct reaction that reduces the enemies physical resistance by 40%.

Superconduct can be applied while Eula charges her elemental burst, which explodes 7 seconds after activating

it or upon switch. A well-built Eula’s burst can kill small mobs or even normal bosses. She can also deal massive damage to stronger bosses which makes her great for abyss as well.

While some of Eula’s true potential is locked behind constellation and her weapon, she can still be one of the strongest damage dealers with the craftable weapon Snow-Tombed Starsilver.

A top characters list without Ganyu is an incomplete one. Deemed the highest damage in the game, Ganyu is notorious in the community as a “must pull”. Our beloved secretary is one character that never fails to score of the highest damage whether in abyss, bosses, or in general.

This is due to her high attack scaling in her charged shot and her interaction as a cryo user. Not only she can deal massive AOE damage, but in the right team comp, can permanently freeze enemies. Moreover, Ganyu is a more versatile character in her playstyle where she can be played as burst, DPS or even support.

Ganyu can be played as a burst character by utilizing melt reactions. Pairing her up with a pyro user and Venti or

Kazuha can deal massive damage and potentially one-shot most bosses. But if played as a DPS, more consistent damage output is guaranteed by permanently freezing the enemy by constantly applying the freeze elemental reaction along with a hydro user.

While controversial, some use Ganyu as a support due to her high elemental particle generation which allows characters like Eula to shine even more.

Having different playstyles allows Ganyu to be extremely useful in different comps which makes her one of the best in abyss and dungeons. Not to mention that her best weapon is present in the standard wishes and her flexibility with F2P weapons.

While the list mentions some characters specifically, there are other characters who can do extremely well such as Hu tao, Raiden Shogun, and so on. However, they tend to be less general or require more setup, constellation, or a specific weapon to truly shine.

The mentioned characters are extremely versatile and can work in a variety of comps. They can also help in different situations, from fighting to the abyss to even exploring, which gave them the position of best five-star characters.